Thomas Walton was born in c1878 at Mickleton, then Yorkshire, now County Durham and came to Kirkby Stephen in 1898.  He worked as a journeyman painter and decorator for the firm of Brunskill and Nicholson. Thomas specialised as a signwriter, coach and trap painter as well as a house painter of decorative finishes and wall paper hanging.

In 1901, Thomas was living in Melbecks with his mother-in-law Margaret Lamb, sister-in-law Maggie, wife Mary and his three month old son Joseph, named after his father.[1] This is where he chose to start his first business in 1907 as advertised below. In 1912 the business moved to the Market Square in the former Golden Fleece Inn. 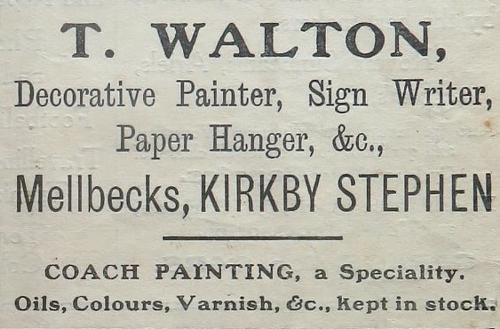 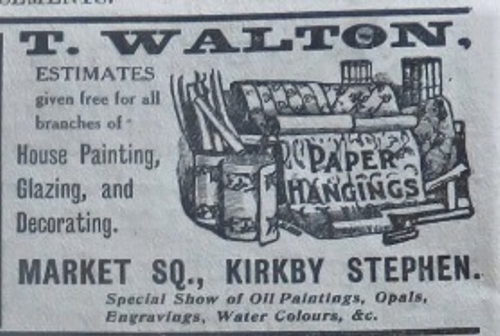 Advertising in the Parish News Dec 1918

Thomas and Mary had four sons Joseph, John, Percy and Tom. Two of the sons joined the business and ran the motor hire side as pioneers of coach hire in 1925 Kirkby Stephen. They had buses, a hearse, wedding cars, and taxis. Son Tom retired aged 60 when his nephews Ken and Stan continued the business.[2] 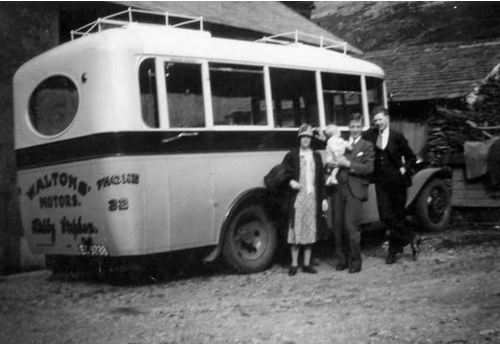 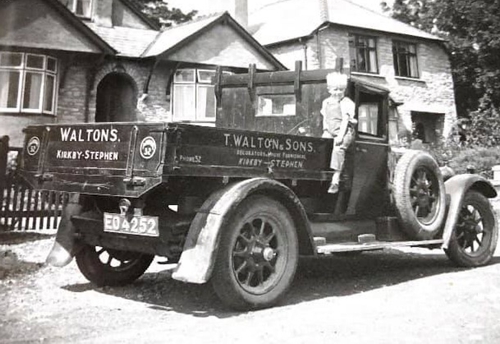 The business expanded occupying both sides of the arch, becoming known as Walton’s Yard as this mini department store grew to include furniture, plumbing, decorating supplies and carpets etc. Many of the buildings down the yard were filled as stores. The current Century Chinese restaurant was part of the furniture store with a link across to both sides of the yard. 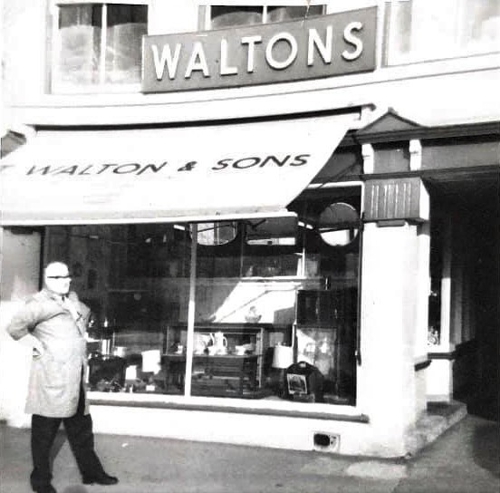 One interesting story about the yard is that when William and John Nicholson ran their butcher’s business in the Shambles from 1880, they are said to have butchered animals in the yard.  Their diary records that in one week they “kild” [sic.] 4 sheep, 2 lambs and a heifer.[3]

Today’s Walton’s Yard has small independent shops with some housing alongside the restaurant and fronted by the Age Concern charity shop and is well worth exploring.