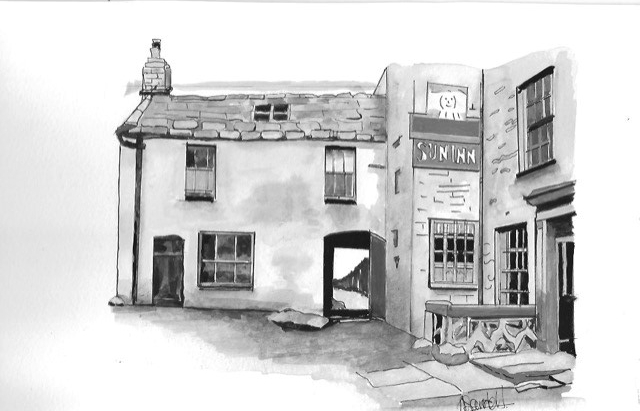 The Sun Inn and yard entrance by Ann Sandell

These rendered stepped buttresses (on which this plaque is mounted), are where the extended Sun Inn was demolished in the 1960’s. There was an arch to reach the rear coach yard with outbuildings which were used as housing named Dickinson’s Yard (1861) and later Sun Inn Yard (1881). The buildings were demolished for improved access into Stoneshot for today’s car park and toilets.

The first reference is when local shopkeeper, Abraham Dent[1] branched out into brewing and was listed in a 1784 directory as Dent, Portees and Mason. In 1786[2], the partnership broke up when Portees set up business in Liverpool and Dent then mortgaged his premises namely: ‘A common brewery, a counting house, a shop and a malt house and two inns, the Golden Fleece and the Sun’.  Dent’s sons took over the brewery but sold it in 1801.

What remains of Abraham Dent’s brewing industry with a 15-foot seepage well and cold storage is in the large manmade cave-like cavern below Stoneshot that can be accessed (though not by the general public) through a short tunnel from the rear cellar of Halls Newsagents. You will see the cellar entrance just in front with the stone balustrade made from a section of window tracery believed to come from the church during a renovation. 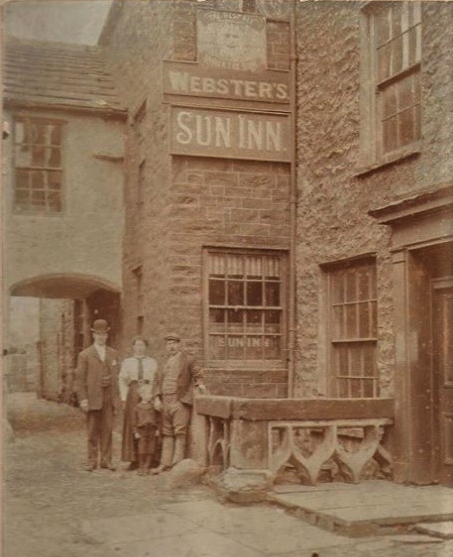 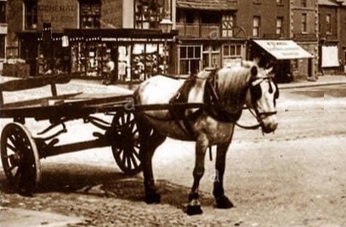 Daniel (Dan) Sowerby is remembered as living at the Sun Inn in 1939[4]. Dan was a horse dealer. He also sold fish, collecting them from the Kirkby Stephen East station off the train and selling them down South Road into town. The lift up from the station platform to the railway bridge consequently smelled of fish.

In later years, the building to the far side of the arch was used as “Hallam’s office”. 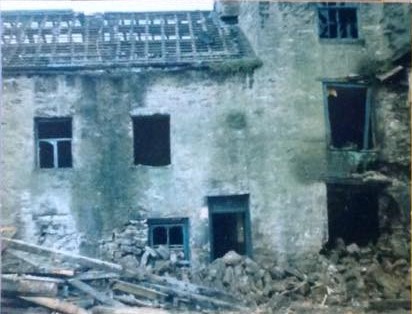 The Sun Inn being demolished in 1968 photographed by Anne Swailes